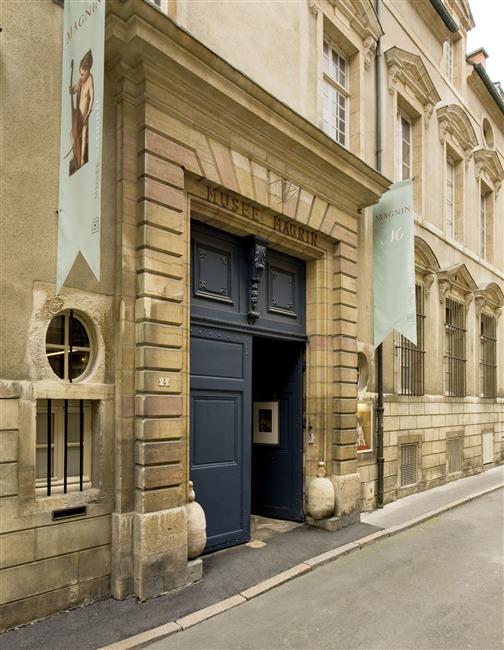 In 1652, Étienne Lantin (1610-1681), baron at the Chambre Régionale des comptes (Regional Court of Audit), inherited the plot of land in the rue des Bons Enfants from his father. The first document noting its construction dates from 1663. The narrowness of the site did not allow any building between the courtyard and the garden. Perhaps to make up for this shortcoming, the anonymous architect designed a monumental staircase, enhanced by a dome decorated with stucco that has become the architectural focal point of the building.

The particularly sober front elevation brings out the simplicity of the pattern of pink stones. It is punctuated by a line of evenly spaced windows, arranged around an imposing carriage entrance in the Classical style. The decoration is limited to alternating broken and arched pediments, supported by classically inspired corbels.

The hôtel passed through a number of different hands. In 1829, it was bought by Jean-Hugues Magnin, the grandfather of the collectors, who handed it on to his son Joseph (1824-1910) and his wife Pauline Belloncle. Their two children, Maurice and Jeanne, lived there as children, before moving to Paris when their father was summoned there to take on important political responsibilities during the fall of the Second Empire. They both created the collection and installed it in the family home in Dijon. Maurice Magnin bequeathed it to the State after his death in 1939.

One major change, but carried out with respect for the unity of the whole, was the addition in 1851 of an upper storey, in Louis XV style, to the stables situated at the end of the courtyard. When the idea for a museum was first mooted, the renovation work to transform the former staff quarters into galleries was entrusted to Auguste Perret, architect of the Théâtre des Champs-Elysées, who worked there from 1930 to 1931. He installed zenithal lighting in the former courtyard, and attempted to blend the new material of reinforced concrete with the mansion's classical architecture.