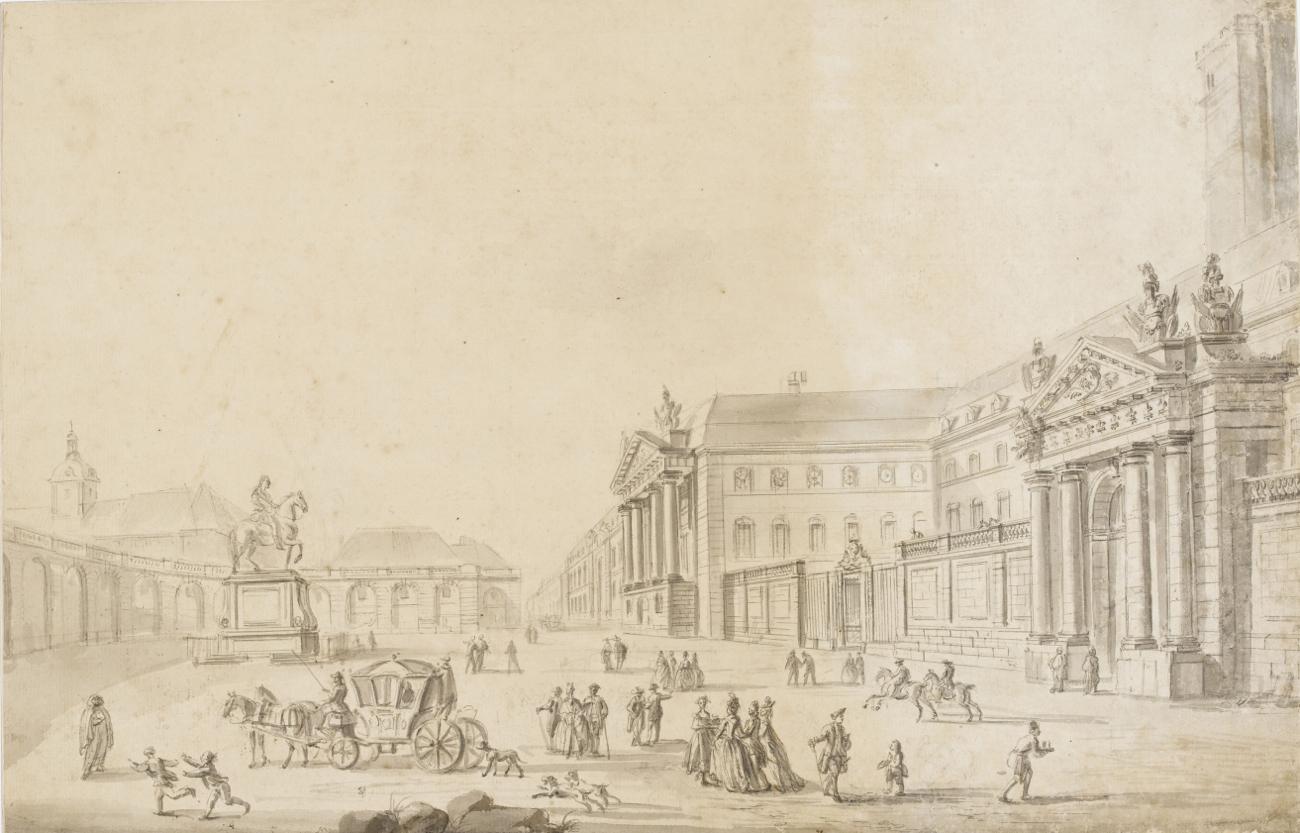 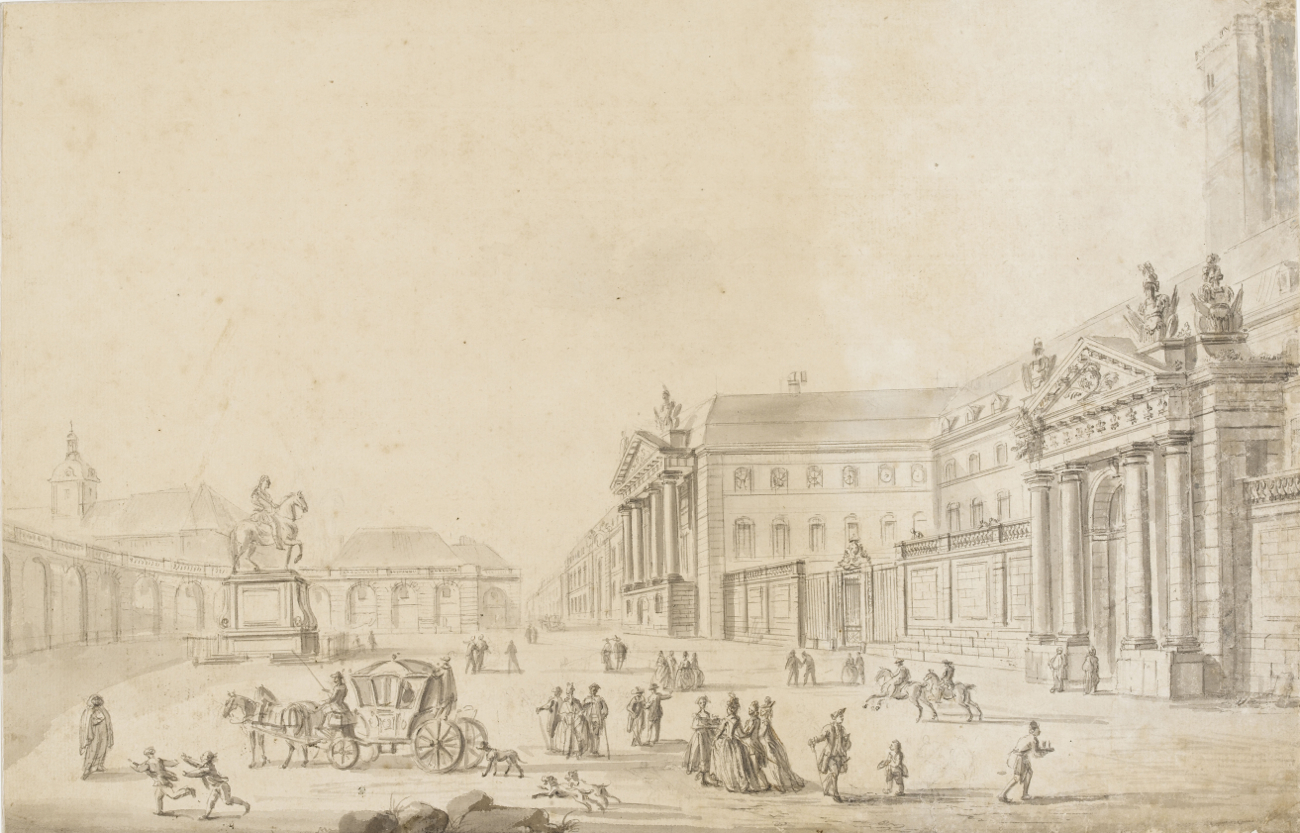 he Palace of the Estates of Burgundy and Statue of Louis the Great, in Dijon

When viewing the Palais des États de Bourgogne from the east, we see the wing built by Jules-Hardouin Mansart. The Grand Condé had called on Louis XIV’s leading architect to design the outer arcades in the form of a semicircle, and this work was finished in 1689. Aligned with the railings, the gate of the Logis du Roi (on the right in the drawing) disappeared during the construction of the east wing shortly after Lallemand finished his drawing. The equestrian statue of Louis XIV, designed by Étienne Le Hongre, was invented by Mansart to give definition to the royal square and to establish a visual counterpoint and dynastic link with the tower of Philippe le Bon (visible on the far right). 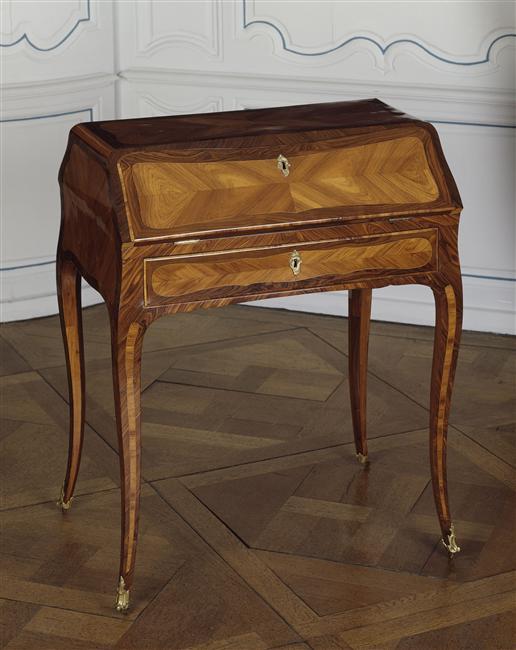 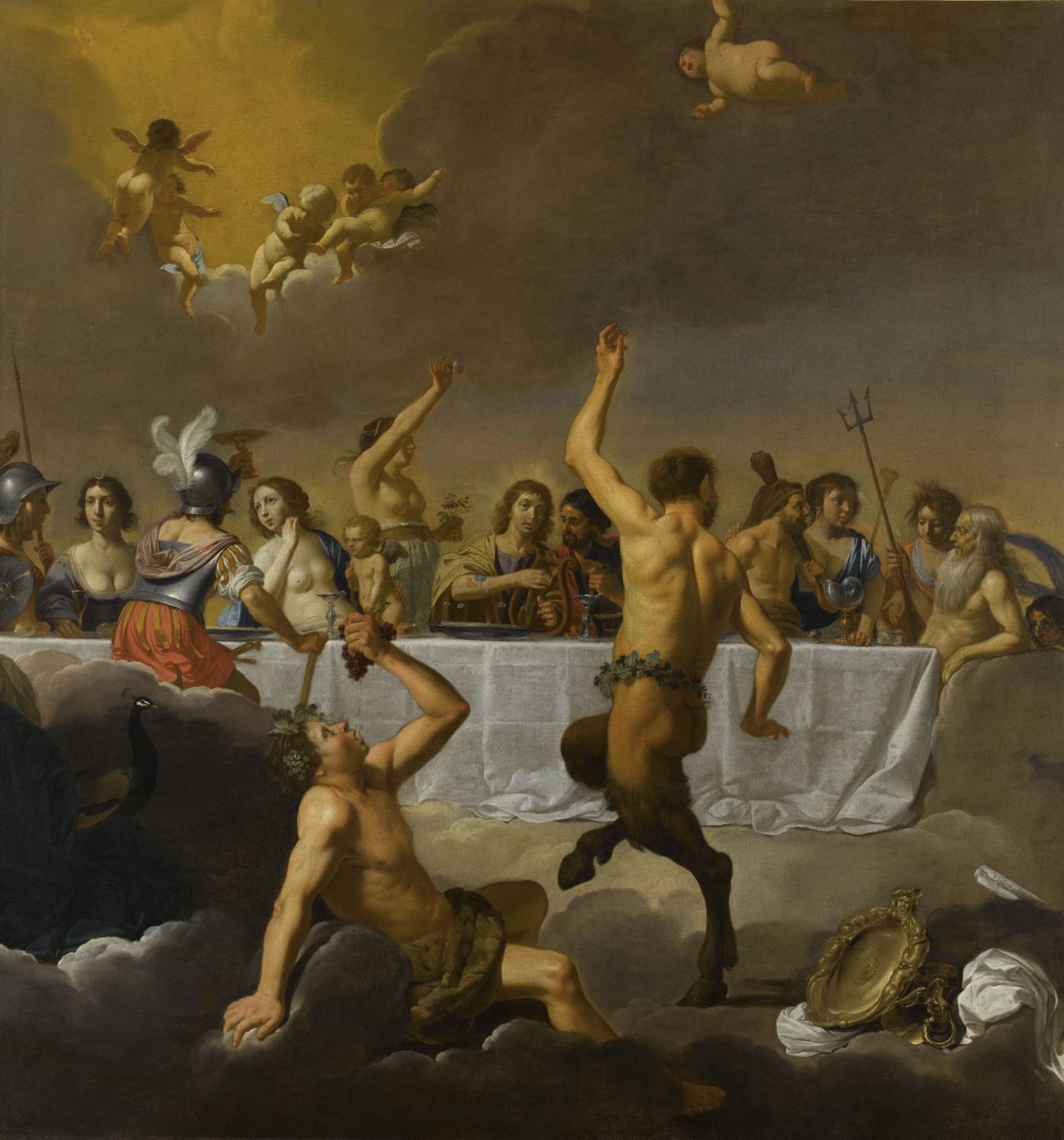